A Major League Baseball team approached Trianz to transform its business intelligence (BI) capabilities. The goal was to increase data availability across its entire technology stack while reducing the barrier of entry to insight for data scientists and non-technical users. The transformational effects would reduce costs and the time, effort, and resource requirements to generate reports.

Reporting Challenges for the MLB Team The client was using Oracle Business Intelligence Enterprise Edition (OBIEE), causing them to encounter significant operating expenses, high licensing costs, and resource utilization on-premises outpacing capacity. This meant that the client could not generate enough volumes of reports to meet demand. In addition, stakeholders were significantly limited by canned reports and a lack of report customization.

With the last official OBIEE release update in 2013, the platform was no longer fit for accurate BI reporting. Security was also at risk due to the software's age and the lack of modern reporting functionality.

To overcome these challenges, the MLB team required the migration of 120 reports to Looker, Google's visualized analytics and cloud-native business intelligence platform.

Assessment and Roadmap Design for Enhancing the BI Environment

The first stage of the migration process was assessing existing infrastructure and technologies before designing a roadmap to achieve the desired end state. This would involve migrating existing report templates to Looker before fully transitioning the client’s existing reporting workflows.

Trianz reviewed the OBIEE environment and identified the existing reports to be migrated. This allowed for a system compatibility assessment before documenting and preparing suitable reports for migration.

Timeline for the Assessment and Migration Process

Overall, the analysis of OBIEE and planning of the migration to Looker took one month. The assessment period was followed by a four months spent creating a semantic layer to improve autonomous data access, alongside report and dashboard creation for teams and stakeholders.

Recreating the OBIEE Environment in Looker

Next, Trianz recreated the OBIEE environment in Looker. This was achieved by creating Looker Looks, Dashboards, and LookML as a data modeling layer to achieve feature parity with OBIEE at lower costs while expanding data access to all business users.

Finally, our team worked with the client's data analysts and stakeholders to determine a Data Story. This combination of Looker Looks combined to form a collective dashboard and business context for analytics.

Powered by knowledge, research, and experience, we enable clients to transform their business ecosystems and achieve superior performance by leveraging infrastructure, cloud, analytics, digital, and security paradigms. Reach out to get in touch or learn more. 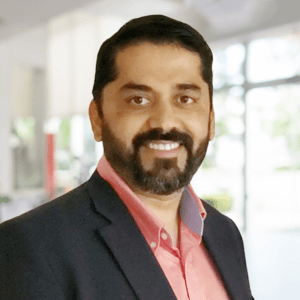