Microservices Vs. APIs – Too Often Confused 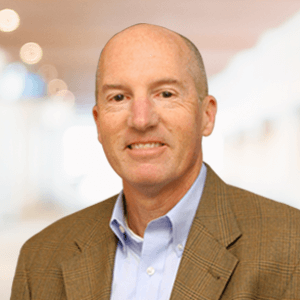 What Is the Difference Between Microservices and APIs?

Despite Microservices and APIs being used jointly for over a decade, there are still some common misconceptions surrounding their terminology. While there is an interplay between the two terms, there are some subtle differences.

Microservices are an architectural style for web applications in which applications are structured as collections of loosely coupled services. More developers are shifting to a microservices based architecture because the traditional way of building enterprise applications using a monolithic approach has become problematic and time-consuming as applications get larger and more complex. In contrast, API stands for Application Programming Interface. Simply put, APIs are the frameworks through which users interact with a web application.

The reason they are confused is that a microservice often has an API. However, not all microservices need an API to function, and vice versa, so let’s start from the beginning to better understand the interplay between the two.

Microservice architecture is an example of a service-oriented architecture, which grew to be a popular alternative to the traditional monolithic approach of building all-in-one applications. With the introduction of microservices, large coding projects could break apart applications into a set of small, independent processes. Here the applications are simpler to build and maintain when broken down into smaller modules that work seamlessly together. These modules communicate with each other through simple, universally accessible APIs.

This made it possible for developers to make software faster and more efficient by concentrating on these independent processes, rather than having to recode an entire application. How Do Microservices Work?

Think of microservices as an automotive assembly line. When Henry Ford first developed the Model T, production involved a single group of workers who would finish a single automobile from start to finish. This was a time-consuming and labor-intensive process with no standardization and little specialized focus.

After Ford pioneered the automotive assembly line, his factories were able to standardize car parts that could be assembled more efficiently, making it possible to meet customer demand and disrupt the entire auto industry. According to the public author and speaker on software development, Martin Fowler, microservice architectures are fast “becoming the default style for building enterprise applications.”

Microservices work much the same way for software. Just like the assembly line did for car parts, the microservice model offers standardized modular blocks of code for individual processes that can be utilized for a cleaner, more efficient build. Working with smaller independent units means that business capabilities can be created out of composable building blocks that are then connected with well-designed APIs. The APIs help them communicate with one another.

Microservices that make up an application can be placed within containers that possess the smallest libraries and executables needed by that service or application, making each container a self-contained package. Docker delivers an easy way to create, share, and test container images, and has become very popular among businesses that have committed to developing software using containers.

An API is a system that allows two or more applications to communicate. Think of them as a set of procedures and functions, which allow the consumer to use the underlying service of an application. APIs are a part of microservices and help these services to communicate with each other. However, while communicating with other services, each service can have its own CRUD (create, read, Updated, delete) operations to store the relevant data in its database.

If microservices are the assembly line, we can think of APIs as the Department of Motor Vehicles (DMV). If you are going to get a driver’s license for the first time, you can’t legally go somewhere and print one — there is a certain procedure that the user must follow. For instance, you have to take a driving test first, take the proof that you have passed the test, bring the forms to the DMV, pay the fee, and wait as they process the information.

In the background, the system receives your inputs, processes the information to validate, and when it’s ready, the teller issues a driver’s license. In this sense, we can think of the teller as an “endpoint,” or a point of contact to submit the inputs. Endpoints are things such as computers, phones, security cameras, smart toasters, or wearable sensors. Here you need to ensure two or more applications communicate with each other to process the client request. Think of APIs as a point of contact, through which all the services communicate with each other to process the client’s request and send the response. With each endpoint, there is a protocol about what inputs the API requires and what result you will get in return. If you don’t supply the correct inputs, or as mentioned in the example above - fail your driving test - your requests will get rejected.

APIs allow for all interactions between applications, data, and devices and set the standards for how they function. APIs allow computers to interact with other computers, and that creates connectivity between the microservices. In short, microservices are more about the software architecture, while the APIs deal with how to expose the microservice to a consumer.

In other words, APIs are the entry point for microservices. They act as a gatekeeper, doing all the basic functionalities before passing the request to the respective application, allowing the end-user to interact with the application. When you use Uber or PayPal, you’re using an API that connect your phone to multiple sources of digitized input and information – like your GPS location and your credit card.

The figure below will help you better understand how an API gateway functions: How Do Microservices and APIs Work Together?

We know that APIs link microservices together. APIs not only bridge the gap between microservices and traditional legacy systems, but they also make it easier to create and manage microservices. This is why nearly every leading software company has adopted the microservice architecture model when building their products.

Standardized, productized APIs also reduce the costs associated with building point-to-point integrations between traditional legacy systems and applications. An example of this is GrubHub, which in effect, connects your mobile device to a huge range of often older digital infrastructure used in the restaurant industry.

Standardized API are like standardized electrical outlets in the country where you live. If you bought a hairdryer in the US, you don’t have to wonder if it’s going to work in a hotel in Minneapolis or Austin. Similarly, standardized APIs allow organizations to quickly plug and unplug microservices as businesses change or scale, without having to recode the entire project and risk a catastrophic failure

Meanwhile, APIs allow the standardized mechanisms for web governance – the inspection mechanisms that are looking to make sure everything is where it should be and configured correctly – while retaining development agility and making the reuse and discoverability of microservices possible.

5 Benefits of Using Microservices and APIs

Now that we have a greater understanding of how APIs and microservices work together to create faster, more efficient applications, let’s review their key advantages:

Microservices and APIs offer companies the versatility, scalability, and security when developing applications that need to meet compliance and customer demand. APIs are necessary for the microservice architecture to function because it’s the communication tool between its services. Without an API, there would be a lot of disconnected microservices. If you want your microservice to be used, then you have to create an API.

Code maintainability and quality are both key parts of a successful IT strategy. Microservices help you stay true to them. They keep your teams agile and help you meet customer demands by producing high-quality, maintainable code.

If your organization is looking for application development that will not compromise your existing infrastructure, Trianz is here to help with applications hosting and support services to reduce costs, risks, and improve company productivity and efficiency.

Trianz enables digital transformations through effective strategies and excellence in execution. Collaborating with business and technology leaders, we help formulate and execute operational strategies to achieve intended business outcomes by bringing the best of consulting, technology experiences and execution models.

Powered by knowledge, research, and perspectives, we enable clients to transform their business ecosystems and achieve superior performance by leveraging infrastructure, cloud, analytics, digital, and security paradigms. Reach out to get in touch or learn more. Is a User Journey Similar to a User Flow? User journeys are similar to user flows in that they illustrate the paths users follow when interacting with your product or service. While both tools help to provide valuable insights when optimizing the experiences that guide your customers from A to B, the two terms cannot be used interchangeably. Let’s explore their differences so you can decide which tool is better suited to optimizing your user experience (UX). Develop Greater Customer Understanding If you want to create memorable customer experiences, you need to understand your target audience before initiating any marketing efforts. This means digging deep to empathize with your customers by learning what is going on inside their heads, their needs, and what they feel when interacting with your products or service. From this knowledge, you can effectively market to your customers by reaching them on a visceral level. Deliver Value at Every Stage Successful enterprises understand that positive customer experiences are crucial to the success of their business. The way they think about their customer experience profoundly impacts how they enhance their product and service portfolios, retention rate, and ROI. A New Frontier for Improved Provisioning and Manageability Businesses are increasingly virtualizing desktop applications, servers, and storage, so it should be no surprise that databases aren’t the exception. Virtualizing databases offers some undeniable advantages, such as less physical hardware, savings in energy, and simplifying database management.